On Saturday, 23 March 2019, during the Lone Star Wing's regular monthly meeting, we were blessed to hear from Marshall, Texas resident Bob Snead. Bob is a retired veteran of 30 years of military service, during which he earned the combat Air Medal, (3) Purple Hearts, (3) Vietnam Crosses of Gallantry, (2) Bronze Stars with V, the Combat Infantry Badge, Senior Parachutist's Badge, and the Master Aviator Badge. Bob initially enlisted and served in the Army as an infantryman with the 82nd Airborne Brigade. After tours to Central America where he was wounded, and Vietnam, he became a jumpmaster and Senior Parachutist in charge of training our Army Airborne soldiers. He jumped from numerous aircraft platforms to include: C-123, C-130, C-141, and multiple other single, multi-engine and heliborne platforms. He then went on to become a dual-rated Army aviator, flying combat helicopter missions in Vietnam in the Hotel and Charlie UH-1 helicopters. He told stories of gunship missions over Vietnam, surviving the Tet Offensive of 1968, and being shot down more than once in his UH-1C gunship. He also spent time flying multiple type/model/series Army fixed wing aircraft to include transport, reconnaissance, and cargo missions.

Bob is also a successful cartoonist of military and political life, as well as a renowned artist and painter. He was appointed to the Texas Commission on the Arts by Gov. Rick Perry in February of 2004. He is also an expert on the Buffalo Soldiers and their rich history in the United States Military, completing many works depicting that history as well as his own. Many of his works can be seen at www.bobsneadart.com. 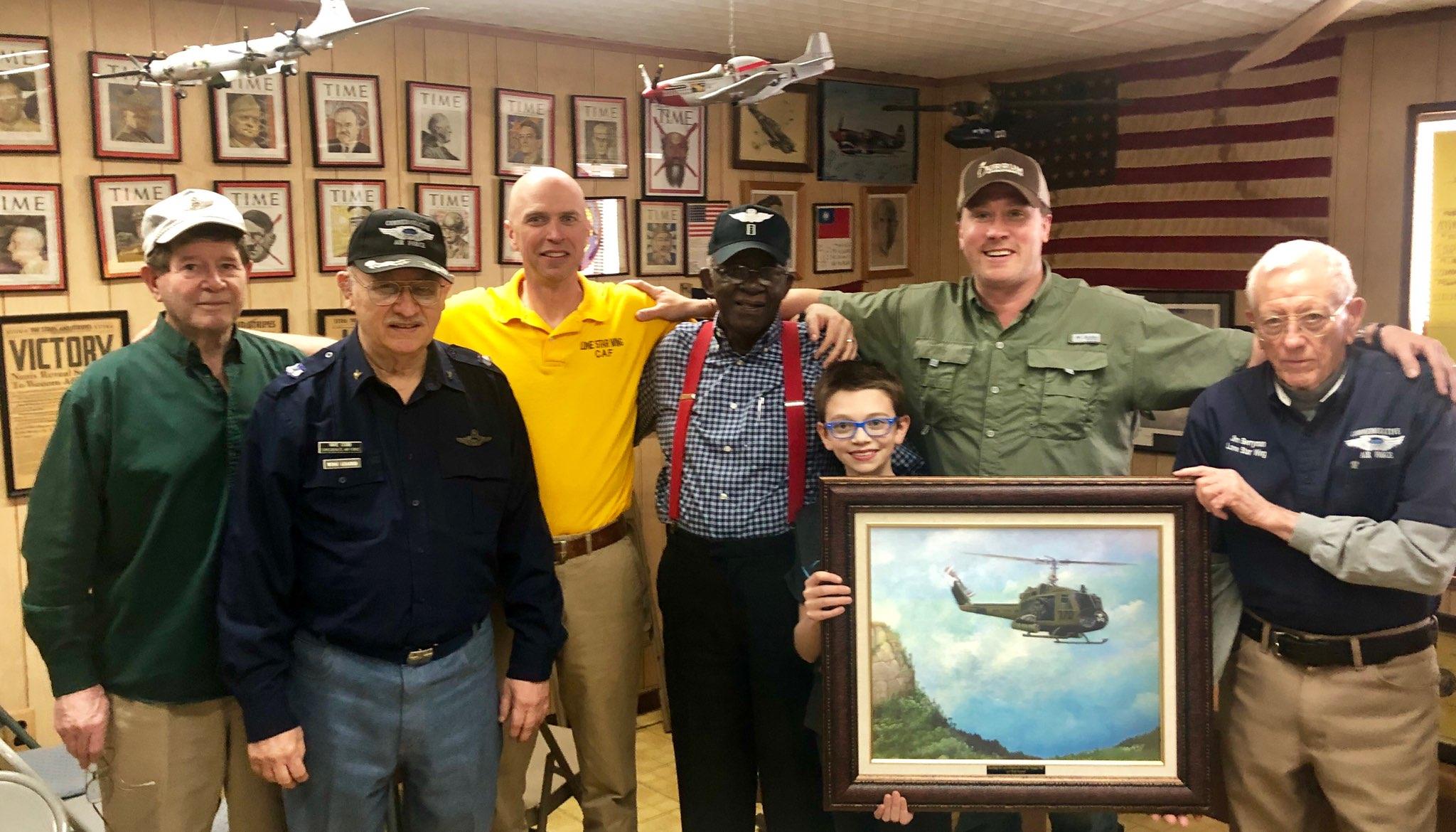 Photo of some of the members of the Lone Star Wing of the Commemorative Air Force. Left to Right: Doyle Curry, Mike Cobb, Jimmy Page, Bob Snead, Wilson Page, Travis Keeney, and Jim Berryman. Pictured with an original artwork donated by Bob of his UH-1C gunship 136, entitled "Patrolling the Central Highlands of South Vietnam 1968"

More pictures of Bob's visit to the LSW are posted for viewing here: https://www.lonestarwing.org/photo-gallery?album_id=22#